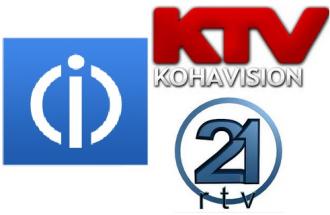 In the course of meetings with broadcasters in the country, Independent Media Commission (IMC), under the leadership of President Mr. Adnan MEROVCI, in two separate meetings met with the leadership of two national commercial televisions; director of Kohavizion (KTV) Ms. Flaka SURROI with her associates, and the director of Radio Television 21 (RTV 21) Ms. Afërdita SARAÇINI-KELMENDI.

Nature of the meetings was the mutual presentation. The parties discussed the legal duties and obligations of IMC broadcasting as broadcasting regulator on the one hand and the challenges faced by both national broadcaster KTV and RTV21.

Generally it was spoken about the processes that audio-visual media are following in the Republic of Kosovo, about the primary and secondary legal basis as well as the digitalization process, namely the preparation of the strategy which should then be followed by Law on Digitalization.

In the context of this discussion, in the meeting with RTV 21 has been emphasized in particular the problem associated with the International Telecommunications Union (ITU) and Kosovo's non-membership in this organization. It was concluded that Kosovo should ensure sufficient frequency resources that meet the needs of the country.

IMC will continue to hold meetings of this nature with other representatives of Audio-visual Media Services licensed in IMC.