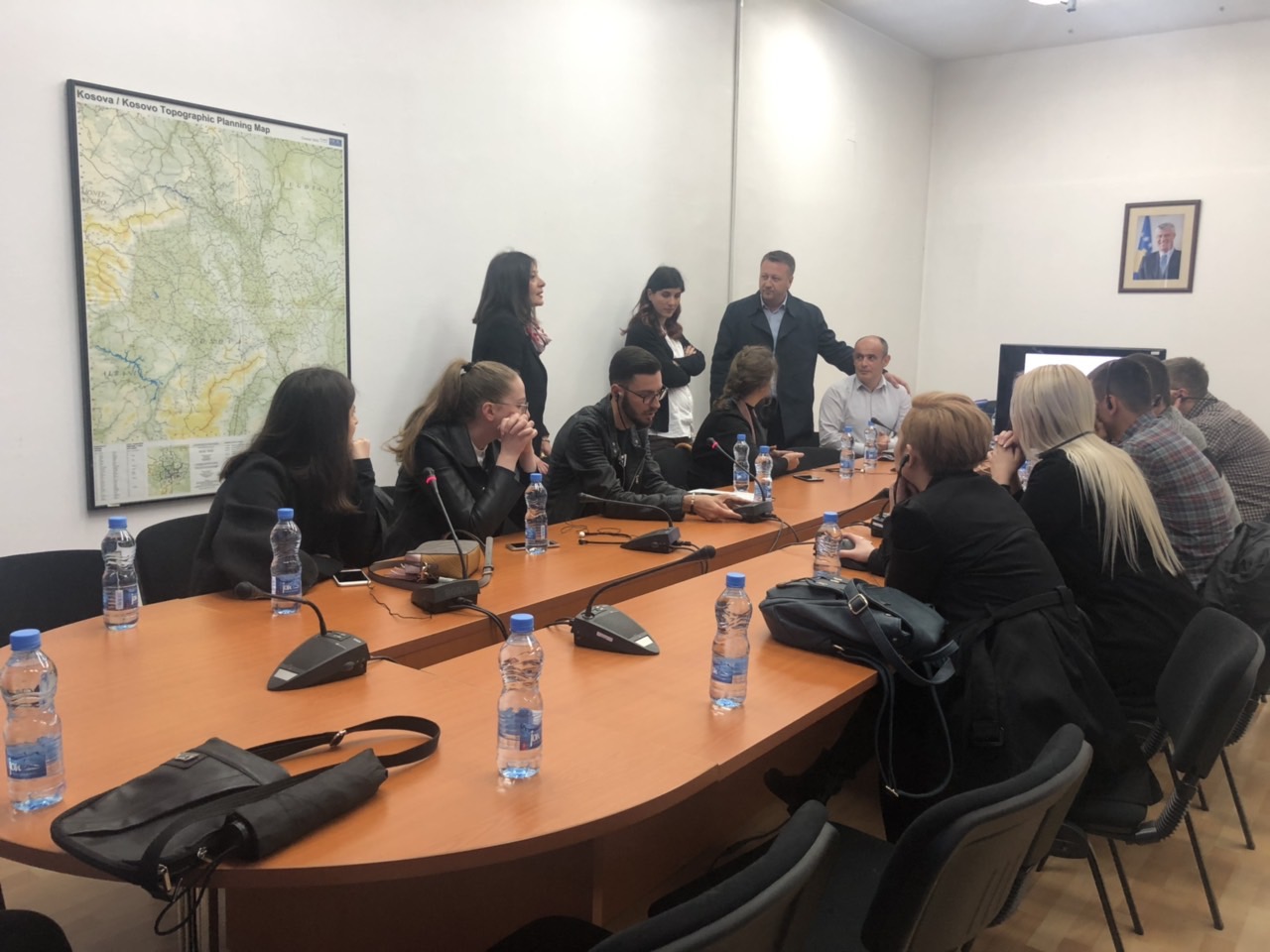 The Independent Media Commission (IMC) hosted today in a work meeting a group of young journalists from Kosovo, in the framework of a study visit organized by the OSCE. The group of journalists was received by the Acting Chief Executive Officer, Mr. Luan Latifi together with other officials of the Executive Office.

Mr. Latifi initially welcomed the journalists and emphasized that the IMC as an institution is ready to always provide opportunities for such meetings, especially with young journalists, regarding issues related to the regulation of the media in the country. During the meeting, the role of the IMC was presented and explained in detail, as the sole and independent regulator for audio-visual media in the Republic of Kosovo. The work and activities of the IMC, the monitoring of the implementation of the legislation by the licensees and the actions taken by the IMC were briefly presented.

During the meeting, the Department of Monitoring and Analysis presented the work of the IMC in terms of monitoring program content and the work of the Legal Department to ensure that this content is in accordance with applicable IMC legislation. Participants were also provided with information on the establishment, functioning, and activities of the IMC in general, as well as further clarifications on the questions raised on issues related to the regulation of licensees and other issues related to audiovisual media services in general.