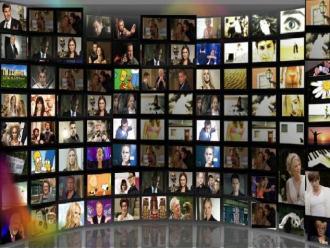 Based on the monitoring of Audiovisual Media Service Providers (AMSP), the Independent Media Commission noted that some of them did not fully observe the rules and principles of ethics during reporting on the case of beating of a woman from the Roma community as well as the case of arrests made in several municipalities in northern Kosovo.

According to the Code of Ethics for Audiovisual Media Service Providers 2016/03, the AMSPs are obliged to be careful when reporting such events when transmitting materials that may cause damage, including video footage of beatings, or the public humiliation inflicted on the victim in this case. Also under this Code, it is provided that the right to privacy of children must be respected and that no information should be transmitted that could identify children and minors who are victims or in conflict with the law.

The IMC has noticed that during some broadcasts of the chronicles, the woman was identified, as well as the suspect for committing this act, which in this case was a person under the age of 18. The IMC warns AMSPs that disclosing the identity of juveniles who are victims of abuse is contrary to the Code of Ethics, namely individual rights, and the Regulation on the Protection of Children and Minors in Audio-Visual Services.

In addition, during the monitoring of the reports related to the recent action of the Kosovo Police for the arrest of some persons in the north of the country, it was noticed that in some media outlets during the reporting, the individual rights of the arrested persons were violated. According to the Code of Ethics, AMSPs must respect the right of the individual to be presumed innocent until proven guilty by a competent court, and must not transmit material identifying arrested or detained persons who are physically or verbally assaulted that humiliates or embarrasses them.

The IMC has consistently expressed its concern about similar issues, both in individual communication with licensees and through public announcements to remind all media of their legal and ethical obligations to the public, and in particular to children and juveniles as the most vulnerable category of the public.

The IMC reminds audio-visual media service providers to be careful when broadcasting issues that are sensitive to society at large and individuals in particular. Reporting on these cases should be done with care and understanding by the licensees, taking all measures to protect the identity of victims, especially children, and juveniles, even though they are suspected of conflicting with the law. The Independent Media Commission is continuously monitoring the reporting of licensees regarding the above cases, in order to ensure full compliance with the Law and bylaws of the IMC.