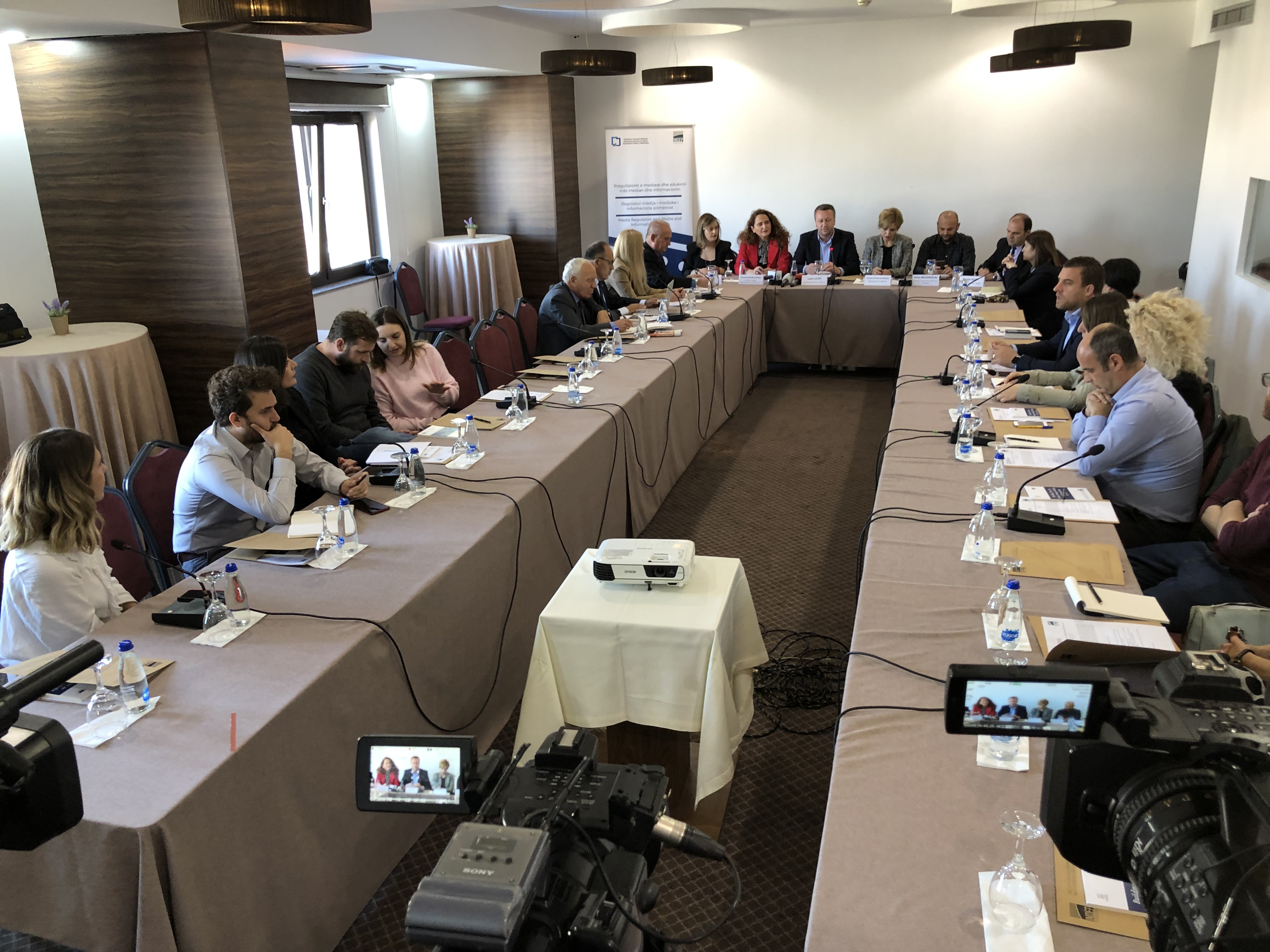 On the occasion of the Global Week on Media Education and Information, a week marked annually by UNESCO, the Independent Media Commission (IMC) in cooperation with the Institute for Development Policy (INDEP) organized a discussion roundtable on 'Media Regulators and Media and Information Education (MIE)'.

The purpose of the roundtable was that in the framework of the MEI Global Week, stakeholders could present their views on media education and discuss the progress made in this area. In the introductory part, theIMC Chief Executive Officer, Mr. LATIFI presented to the audience the main points of the IMC's role as a regulator in relation to media education. Each of the panel members expressed their views on the issue. Then it was proceeded with an interactive discussion by participants and questions-answers for the panel.

From all that was discussed by the participants in the meeting, it was generally agreed that a common organizational approach has not yet been established between the regulator, media, other public institutions and NGOs whose scope is the functioning of the media, namely there is still no country-wide policy on media education in place.  On the other hand, the IMC representatives clarified that with the draft Law on the IMC that is under the amendment procedure by the Assembly of the Republic of Kosovo, it is planned that IMC will be granted with clearly defined competencies and legal obligations, to develop activities in this area.

Also, in this roundtable it was discussed about the forms and activities in which different stakeholders can be engaged in:

Raising citizens' awareness on media education, so that citizens can better understand the existing mechanisms for regulating the media, aspects related to protection from programming content, protection of children and minors and activating citizens to respond to cases when it is considered that such contents are contrary to the applicable legislation.

Empowering media users by developing critical thinking about the messages conveyed through the media, so that the audience can choose which media to trust and can address complaints about media content to the regulator.

Addressing the challenges of regulation, namely amending and drafting legislation along with rapid technological changes and in line with EU legislation, as well as ways and forms of their implementation in practice.

Protecting the constitutional values to ensure through the promotion of media education that the media serve the needs of citizens, provide space and access to all categories of Kosovo society to express their ideas and opinions, etc.

Regarding the IMC role as a regulator and the contribution it can make in terms of media education, the IMC representatives stressed that the regulator will be engaged in:

Implementation of projects related to media education, in cooperation with other parties, such as educational institutions and civil society;

Providing support in setting up a media education network and helping to coordinate the work;

Drafting policies for media education and their implementation;

Activities in cooperation with the media for the implementation of media education campaigns.