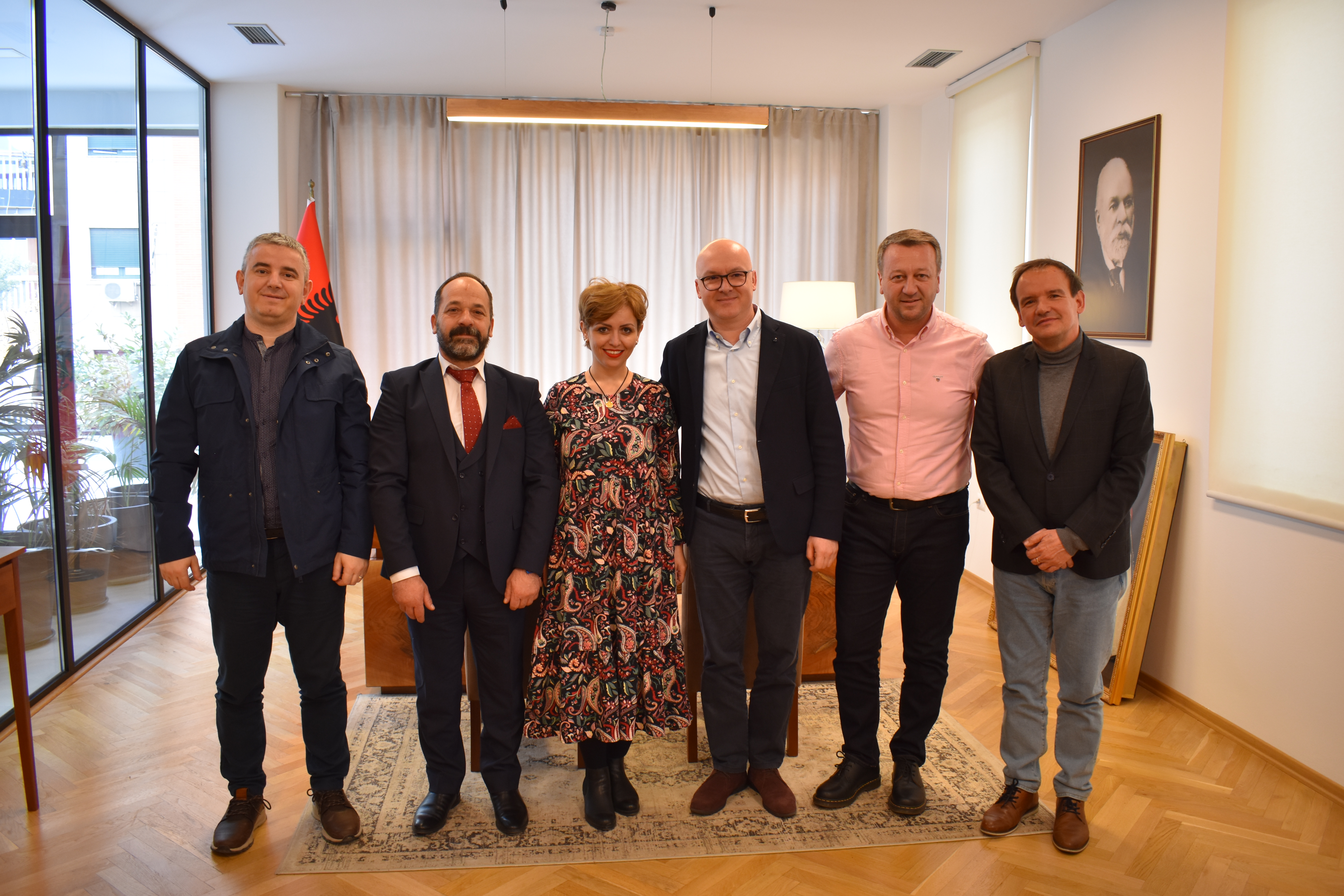 A delegation from the Independent Media Commission (IMC), made an official visit today to the office of the Audiovisual Media Authority (AMA), in Tirana.

The main topic of talks between the Chairman of the IMC, Mr. Xhevat Latifi and his AMA counterpart, Mr. Gentian Sala, as well as representatives of delegations from the two audiovisual regulators was the experience in monitoring the work of the media during the time they covered the election campaign.

In this regard, the legal and sub-legal framework governing the election process in both Kosovo and Albania, the technological monitoring infrastructure and the commitments of licensed operators were discussed.

Given the elections held in February in the Republic of Kosovo, as well as the elections that are expected to take place soon in Albania, have motivated the IMC and AMA to exchange best monitoring experiences during the election process, with a focus not only in adapting the legal framework, but also in applying effective measures for the shortest possible evaluation of the content broadcast during the election campaign.

Both delegations also discussed the process of digitalization of audiovisual broadcasts, an aspect that has long been on the agenda of cooperation between AMA and IMC. Another issue that was discussed at the meeting is the dynamics of the audiovisual market in Kosovo and Albania, with a special focus on promoting the increase of free broadcasts of television channels.