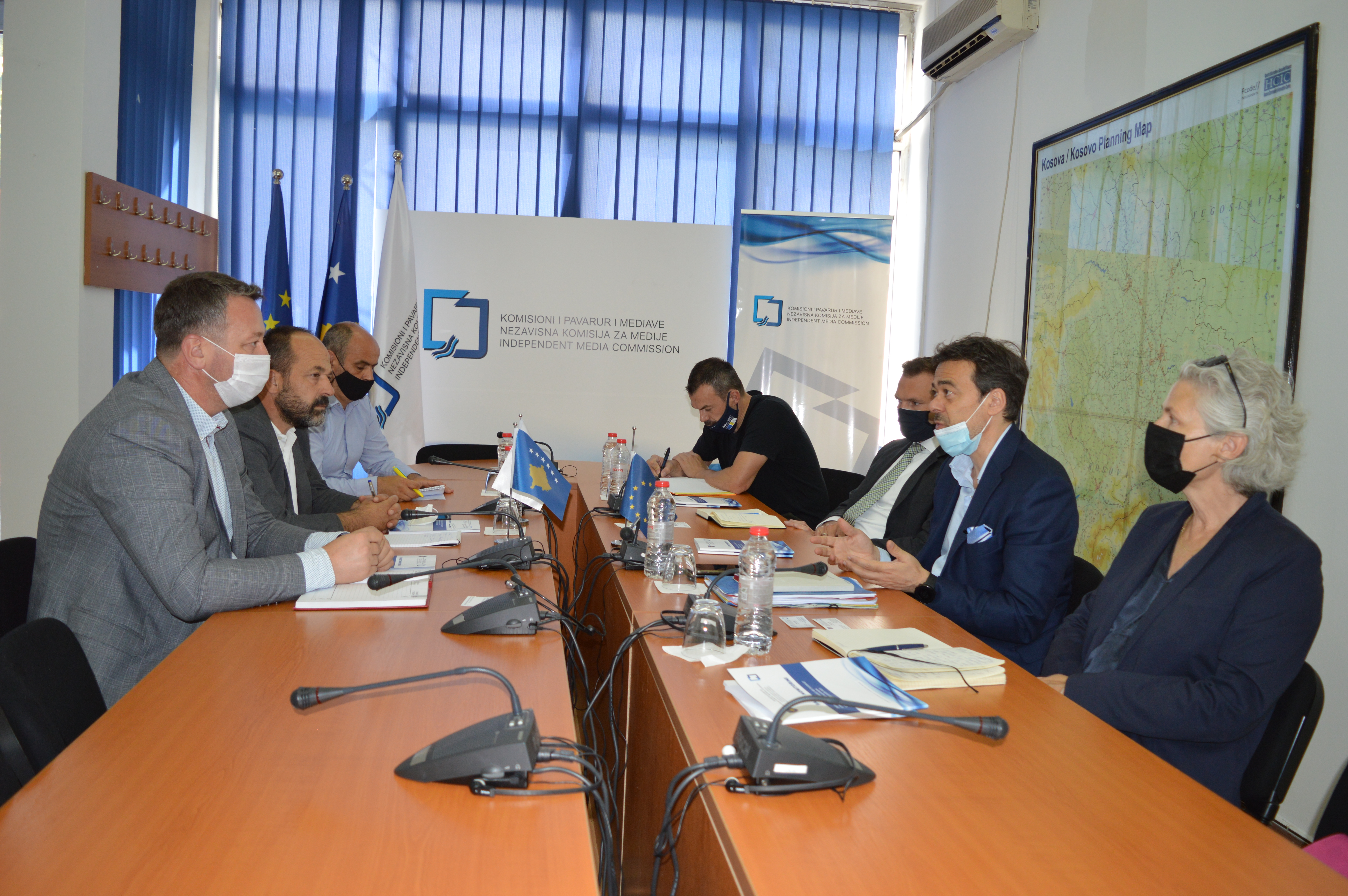 The Independent Media Commission (IMC) hosted today a team of experts within the Election Exploring Mission. This team was received by the Chairman of the IMC Mr. Xhevat Latifi and the IMC Chief Executive Officer Mr. Luan Latifi.

In his introductory speech, the President Mr. Latifi said that he is happy that this cooperation between the IMC and the Election Exploring Mission is continuing. Following his speech, Mr. Latifi informed the participants in the meeting about the work and the most important activities of the IMC, in fulfilling constitutional and legal obligations, with special emphasis on the work in monitoring the media during the elections.

Chief Executive Officer of the IMC, Mr. Latifi presented before the team of experts the experience of the IMC in the process of monitoring the media during the elections, the challenges and problems encountered by the institution in this regard as well as various infringements committed by the media and legal steps followed by the IMC in cases of election infringements. Also, in order to have a clearer picture of media monitoring during the elections, the team was provided with the "Monitoring Report of Audio-Visual Media Service Providers during the campaign for the 2021 Early Elections, for the Assembly of the Republic of Kosovo".

While form the Election Exploring Mission it is said that they are in Kosovo to assess the situation before the Election Observation Mission arrives, to follow the local elections that are expected to be held in October this year.

In conclusion of the meeting, the IMC once again expressed its readiness to continue the work of raising the media monitoring process to the highest possible level, with special emphasis on the election process.