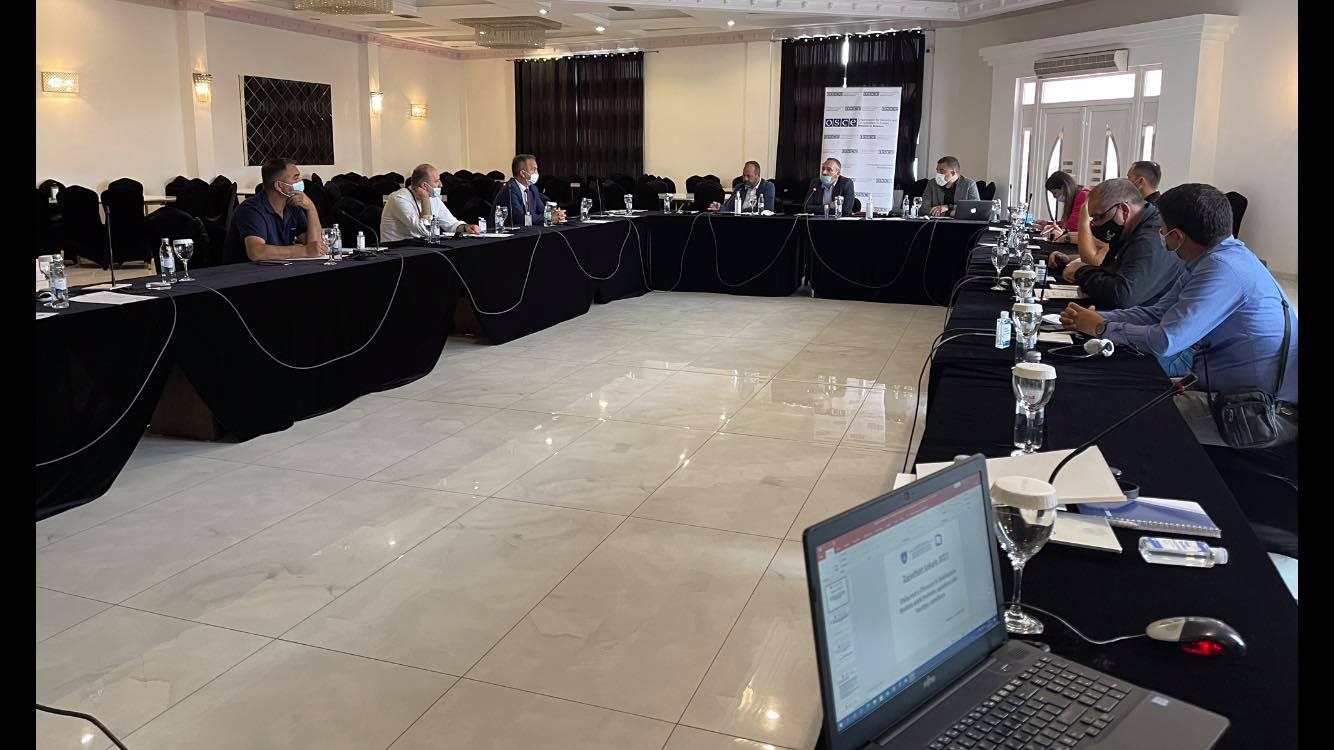 Following the regional meetings that are being organized by the Independent Media Commission with the IMC licensees, on September 16, 2021 the IMC held with the media in the region of Gjilan and Ferizaj.

Also in this meeting was presented the legislation related to the process of local elections 2021, namely the obligations of the media under Chapter VIII of the Law on Elections and bylaws of the IMC and Regulation 2013/03 on the protection of children and minors in audiovisual media services .

Regarding the current legislation that regulates the functioning of the media in the Republic of Kosovo for the elections, the IMC Election Guide, the Code of Ethics and the Regulation on the Protection of Children and Minors in Audiovisual Media Services and Chapter VIII of Election Law.

The focus of the discussions in this meeting was on the programming during the election campaign, respectively the fair and impartial representation of political entities in programs, the fair and impartial access of political entities to programs with political discussions and debates, the content of commercial political communications during the election campaign, reporting fairly, correctly, objectively and impartially. It was also clarified at the meeting that the duration of the political advertising point is the time of paid and unpaid broadcasting and that the media are not responsible if the political entities do not use the time provided. Regarding the election silence, it was stated that the broadcasting or publication of any material related to the campaign activity is prohibited (24 hours before the opening of the polling stations until the official closing of the polling stations), while the publication or broadcasting of the results of the public opinion poll is prohibited. including going to the polls (24 hours before the official closing of polling stations and until the end of the election process. During the election campaign, the media must maintain a journal to record airtime, and other media exposure, for paid and unpaid advertising, of campaign activities for each political entity.