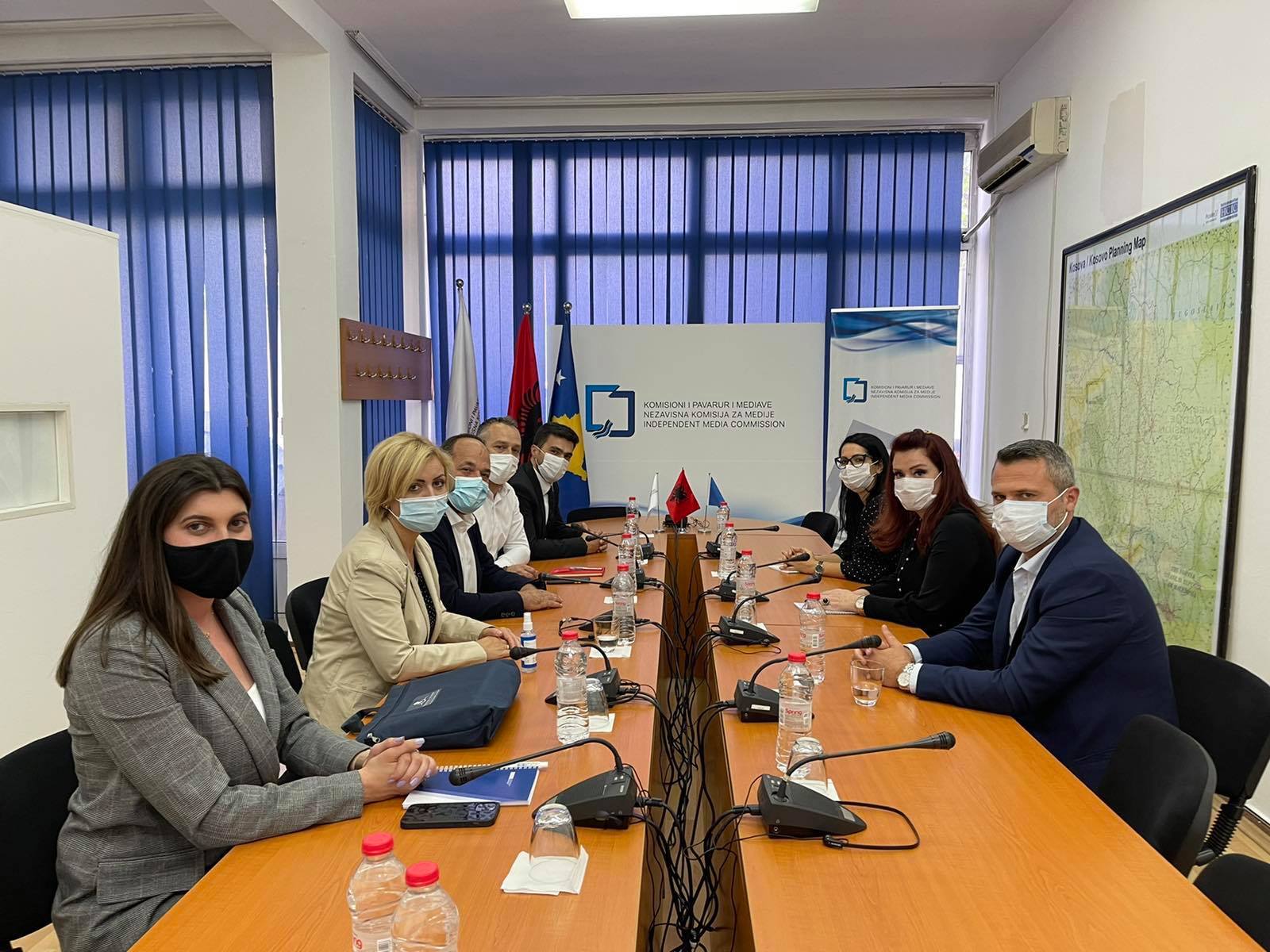 A delegation from the Audiovisual Media Authority was today on an official visit to the Independent Media Commission.

The delegation led by the President of AMA Mrs. Armela Krasniqi received the Chairman of the IMC Mr. Xhevat Latifi and other members of the IMC.

Initially, Mr. Latifi congratulated Mrs. Krasniqi for her new position as President of AMA. Both delegations discussed the course of institutional cooperation and the possibilities of advancing this cooperation by the two audiovisual regulators.

The main topics of discussion were the current developments and the work that the regulators are doing, with special emphasis on the preparations of the IMC and the start of the process of monitoring the way audiovisual media service providers (AOPs) cover the local election campaign in Kosovo. .

It was also discussed about the work that is being done regarding the legal and sub-legal framework of media regulation in Kosovo, respectively in the amendment of some bylaws of the IMC.

IMC and AMA agree on the exchange of best practices of different phases of the monitoring process of media service providers, especially during the election process, with particular focus on evaluating as quickly as possible the content broadcast during the election campaign.