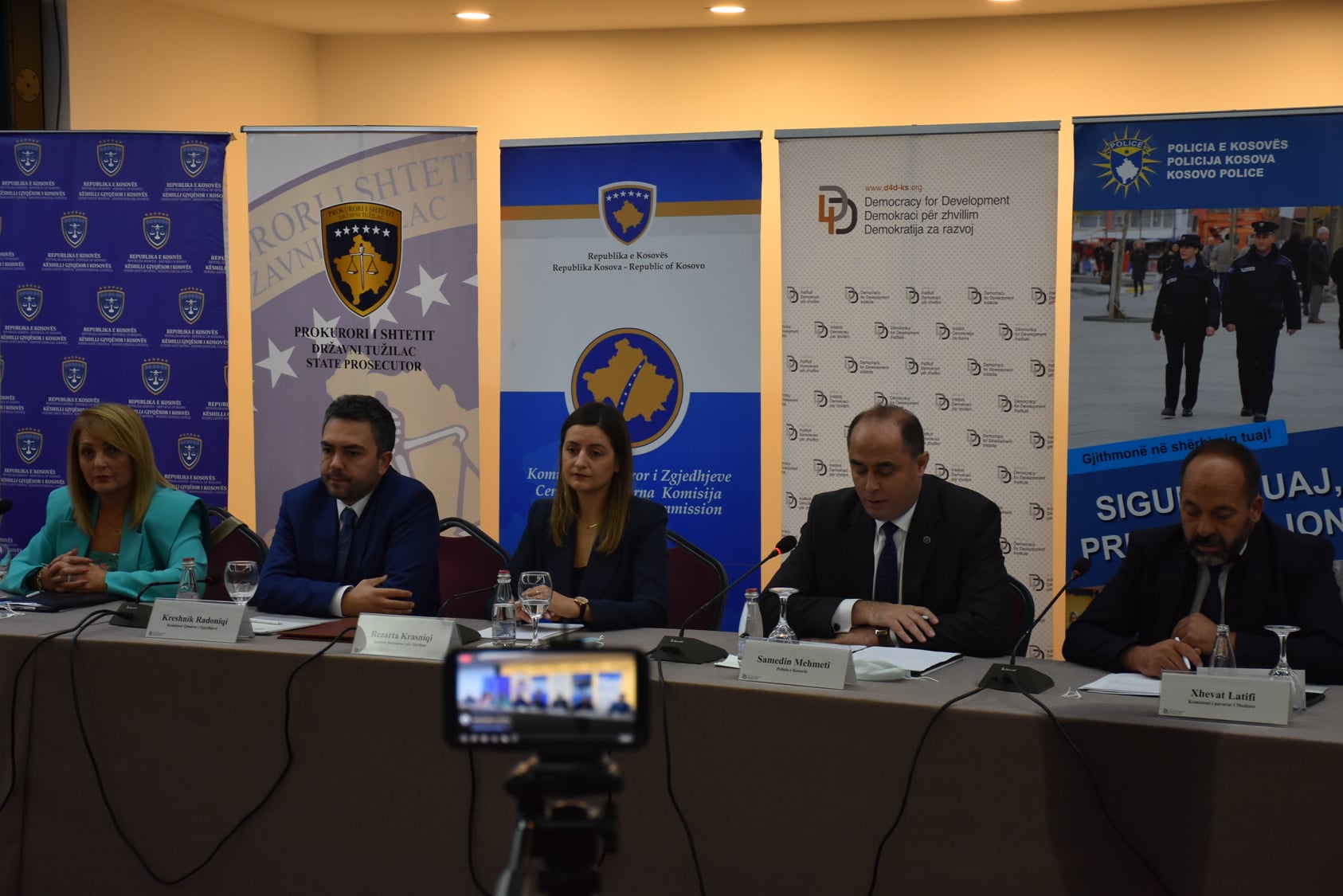 Today on 15 Oktober 2021 a joint press conference was held by all the institutions that signed the Memorandum of Cooperation for the Electoral Process regarding the preparation of the institutions for the smooth running of the electoral process. The press conference was held in the framework of the Memorandum, part of which are six institutions: Independent Media Commission (IMC), The Central Election Commission (CEC); Kosovo Police (KP); State Prosecutor (SP); The Election Complaints and Appeals Panel (ECAP) and the Kosovo Judicial Council (KJC).

The Chairman of the IMC, Mr. Xhevat Latifi, has participated in this conference between all the above institutions. On this occasion, representatives of relevant institutions appealed to political entities and citizens of the Republic of Kosovo to respect all electoral rules in force, in order to have a free electoral process. Chairman Latifi, stressed that the IMC is monitoring the media throughout the election process, also called on the media to report fairly and impartially, avoiding legal violations, especially during the period of electoral silence.

The Independent Media Commission, based on Chapter VIII of the Law on General Elections, is mandated to oversee the media during the coverage of the election campaign and the election silence, to assess their compliance with the Law on Elections and its bylaws. IMC. IMC, to assist licensees to comply with Chapter VIII of the Election Law, before the start of the election campaign, on September 7, 2021, notified the licensee of the conduct of the election campaign and forwarded to the licensee the IMC Guide for Media Conduct during the Elections. IMC during media monitoring as a focus has equal and fair representation of political entities and candidates who run in local elections. In general, the treatment by the media has been correct and equal, reflecting a pluralistic presentation of political views in certain shows. The IMC, in relation to the identified violations has proceeded according to the legal provisions in force, requiring the licensees to act in accordance with the legal obligations arising from Chapter VIII of the Law on Elections and bylaws of the IMC. For entities that have continued to be in violation of legal provisions, the IMC is in the process of decision-making where the prescribed legal measures will be imposed.

The conference was organized by the Democracy for Development Institute (D4D).