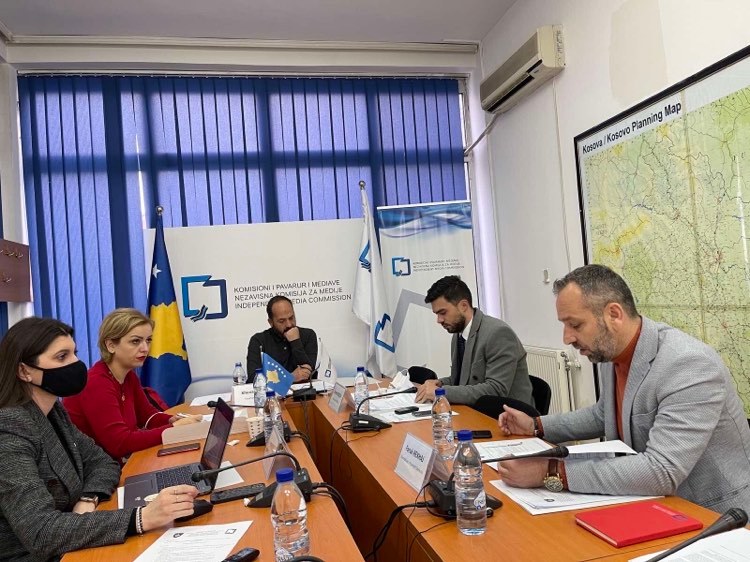 The Independent Media Commission (IMC), on November 16, 2021, under the chairmanship of the Chairman of the IMC, Mr. Xhevat Latifi, has held the seventeenth regular meeting for this year.

After the approval of the agenda and the minutes from the last meeting, according to the agenda, the Commission discussed the work process of the IMC in monitoring the Audiovisual Media Service Providers (OSHMA), during the coverage of the election campaign in the second round of local elections. for mayor, held on 14 November 2021.

The IMC monitored the Audiovisual Media Service Providers during the election campaign, in order to assess the compliance of the media with the Guideline for the implementation of Chapter VIII of the Election Law no. 03 / L-073. According to the findings of the monitoring process, the IMC has assessed that there have been no violations of the legislation of the Independent Media Commission and in general the media have covered the election process in accordance with the IMC legislation.

The Commission has also discussed the issue of exempting the digital dividend from terrestrial broadcasting, which is currently being used by some televisions for terrestrial broadcasting. After reviewing this point, the Commission decided to release the digital dividend and the television channels on these frequencies will be transferred to other frequencies.

In this meeting, the Commission also discussed the work process that is being developed by the Working Group for drafting the IMC Work Strategy. The Committee discussed the objectives and priorities to be set out in the IMC Work Strategy. After the discussions, the Commission agreed to continue the work on finalizing this document as soon as possible.