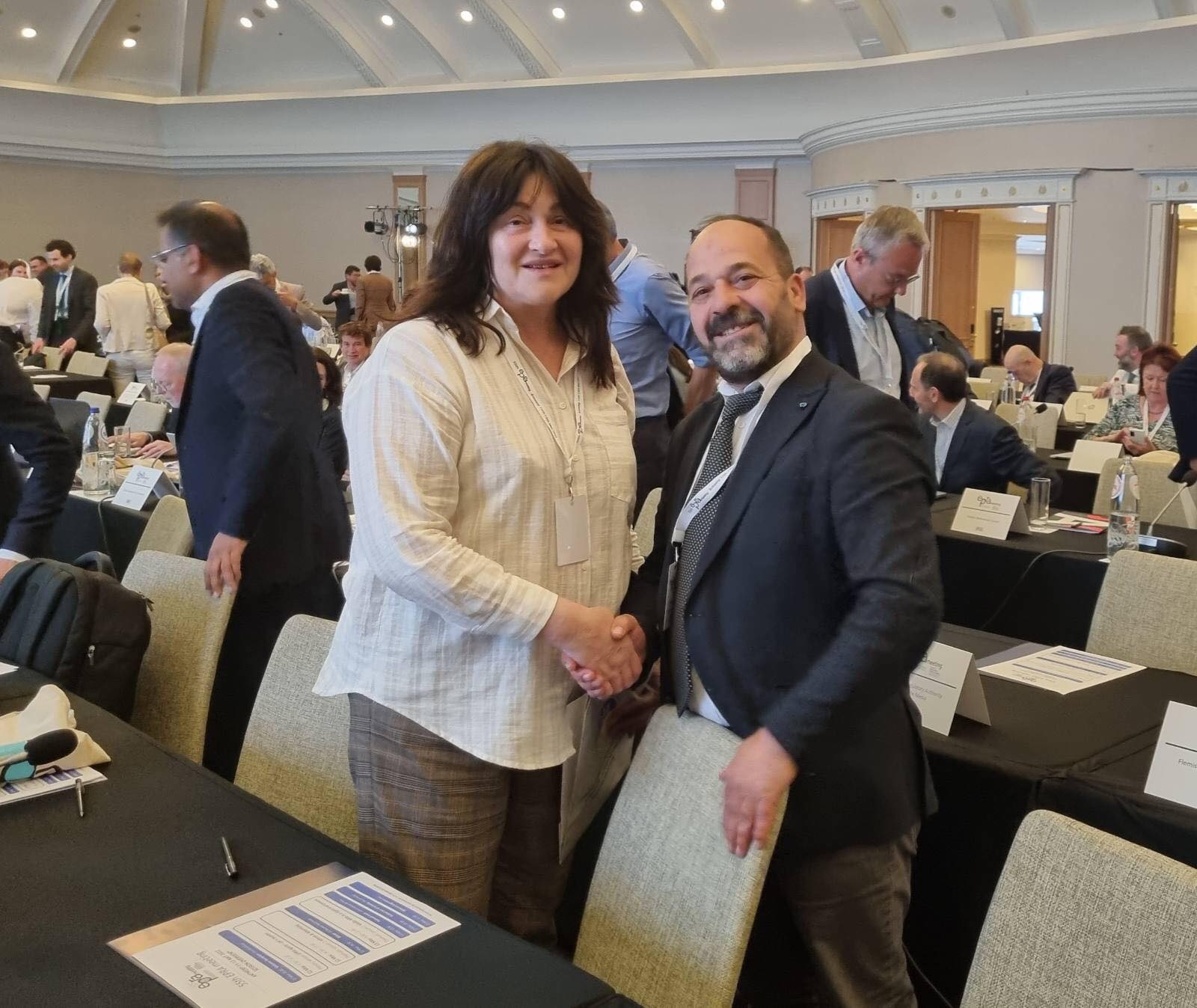 In the framework of the 55th meeting of EPRA, which is being held in Antwerp, Belgium, the Chairman of the IMC, Mr. Xhevat Latifi, met with the Chairwoman of the National Council for TV and Radio Broadcasting in Ukraine. During this meeting, the President Mr. Latifi informed about the actions of the IMC in terms of combating propaganda against the content distributed by Russian channels, namely the decision of the IMC to ban the distribution of Russian channels in Kosovo. While Mrs. Herasymiuk thanked Kosovo for its contribution to helping the people of Ukraine.

The Conference of European Regulators is conducting proceedings in working sessions, with special emphasis on the topics: Access regulation and child protection in the digital environment, with a focus on video sharing platforms and social networks were some of the topics discussed on end of the 55th EPRA meeting.

Representatives of regulators had the opportunity to discuss and exchange their experiences in terms of regulating new platforms after the implementation of the AVMS directive and activities undertaken in this regard. In the first place in order to protect the public in general, and in particular the protection of children from content inappropriate for them.

The meeting also discussed the challenges faced by media regulators in terms of human and financial capacity, especially after the expansion of competencies to new services, set out in the AVMS Directive.