IMC and AMA at US Department of State 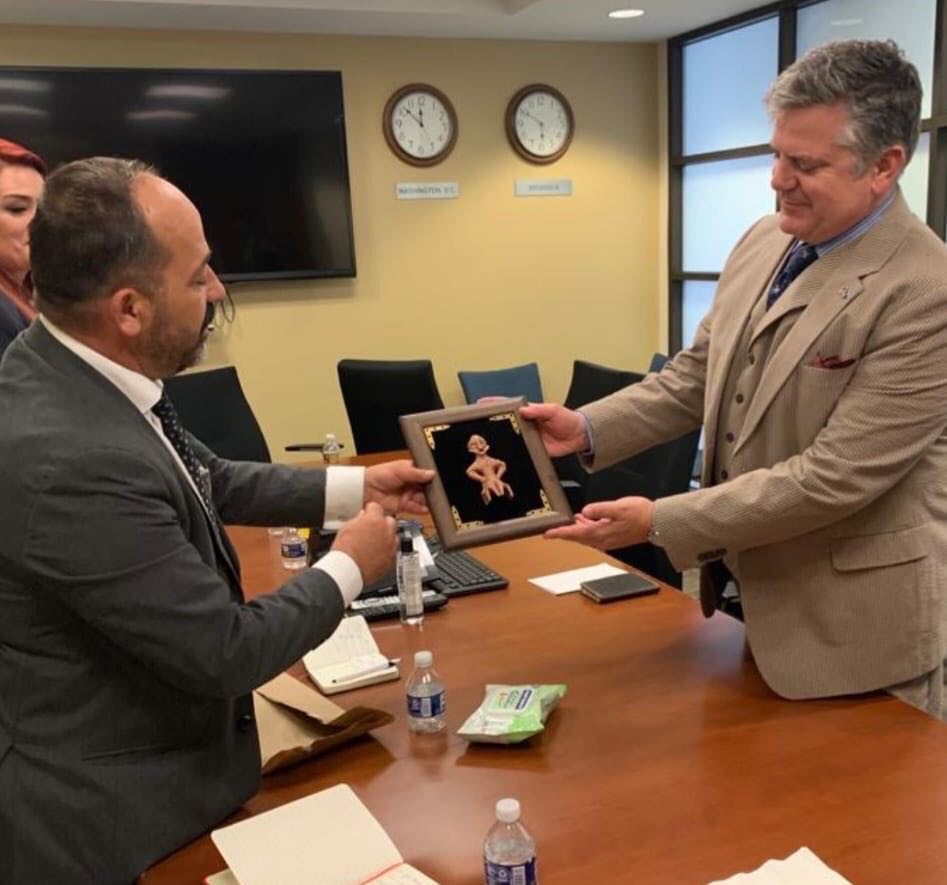 A joint delegation of two media regulators, Kosovo and Albania, namely the Independent Media Commission (IMC) and the Audiovisual Media Authority (AMA) is paying a working visit to the United States.

Representatives of the two regulatory authorities, chaired by Xhevat Latifi, and Mrs. Armela Krasniqi held a meeting at the US Department of State, where they were received by Mr. Martin McDowell, Director of the Office for Central and Southeast Europe.

The dynamics of developments in both regulatory authorities, as well as the challenges they face, were presented during the meeting, where more emphasis was placed on guaranteeing media freedom and fair competition in audio / audiovisual broadcasts, but also mentioning and efforts made to avoid the phenomena of information disorder, more in the form of misinformation or propaganda.

All efforts are made even more imperative given the war in Ukraine and the disinformation that is permanent as a threat to all democratic societies.

The audiovisual sector was considered as a space where one can cooperate with counterpart institutions or US entities to influence and support projects to improve the quality and variety of broadcast content, as well as increase the standards of regulation of licensed operators in the market. .

Director Mcdowell, thanking the two chairmen for the work done by the regulatory institutions in Albania and Kosovo, conveyed the best greetings of Mr. Gabriel Escobar, Deputy Assistant Secretary of the Office for European and Eurasian Affairs. Mr. Escobar due to a work agenda in the region could not personally greet the AMA and IMC delegations.

Meetings of representatives from the IMC and AMA in the United States of America continue.