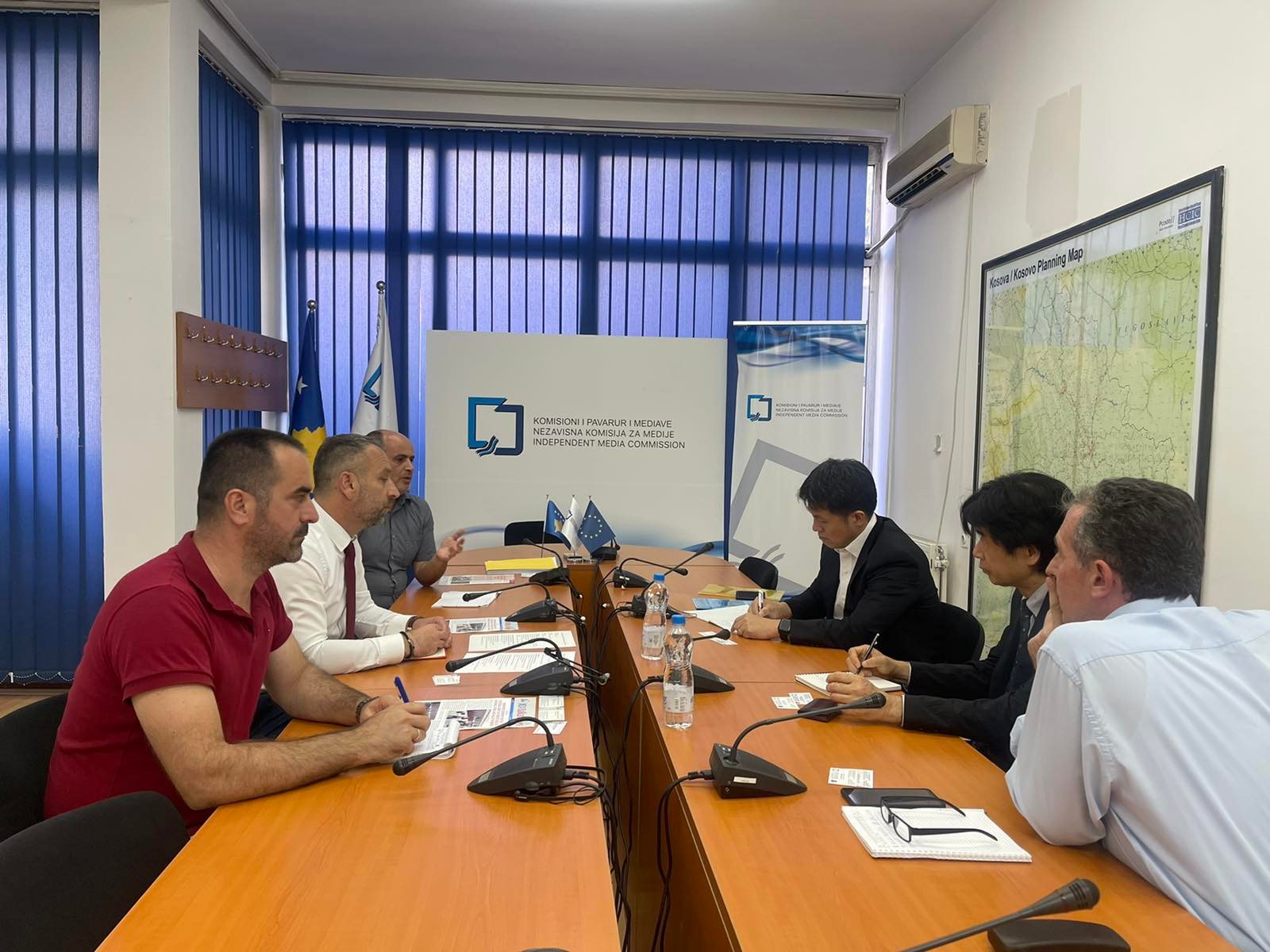 In his introductory speech, the Deputy Chief Executive Officer of the IMC, Mr. Rexhaj, expressed his gratitude for the commitment of JICA in Kosovo and the readiness of the IMC to advance cooperation with JICA. Following his speech, Mr. Rexha presented the most important current work and activities of the IMC.

The participants in the meeting discussed several topics in the field of media, with special emphasis on the work being done regarding the amendment of the Law on IMC in order to harmonize with the new AVMS Directive, amendment of the Law on Public Broadcaster RTK with a focus on finding a solution regarding the way of financing the public broadcaster, where the IMC's position on this issue is that the independence of the public broadcaster should always be maintained and this is ensured through financial independence. The discussion continued on the topic of combating fake news with special emphasis on the situation in Ukraine, IMC activities in media education as the main effective form in combating fake news. The IMC also presented the work and activities in monitoring the media during the elections, the problems encountered, the various violations committed by the media and the legal steps followed by the IMC for cases of violations during the elections being based on the legal framework governing this part.

While the representatives of JICA said that they highly appreciate the importance of the work of the IMC institution as a media regulator and expressed the commitment for continued support in the implementation of the highest standards in the field of regulation of audio media services. visual.